Abraham believed God  Abraham's deep sleep of horror, and then rejoicing in seeing the future Good News of the resurrection of our Lord Jesus Christ.

Gods Amnesty Program  The Simplicity of the Gospel or the Good News.

Christ, our Passover, the Unleavened Bread of Heaven. Removing the confusion of the crucifixion and burial day of the Lord Jesus Christ.

Pentecost: The Birthday of Jesus Christ.  The Word made flesh. The Biblical Evidence that supports this 'one' special High Sabbath Day of the Lord.

The Fountain of Living Water  There are three that bear witness: the Spirit and the Water and the Blood,
and these Three are One.  Truly, truly, I say unto you:  Except a man be born of Water and the Spirit,
you cannot enter into the Kingdom of God.

My Doctrine is not Mine, but His that sent Me,  Even as the Father said unto Me, so I speak. The Words of Jesus Christ, as the very Word of God, are precisely as the Father has given to Him, and in Communion it is the Father's Covenant Words that Jesus speaks.

The 10 Virgins. 5 were wise and 5 were foolish.  Cutting to the quick. Are you wise in the Lord or foolish?

John Calvin's Confusion  What God did not Decree.

Repent and Believe  The pattern of the early church worship found in Act 2: 42-45 should be the pattern of today's church:
And they continued steadfastly in the apostles' doctrine and fellowship, in breaking of bread, and in prayers.

The Mind of Man  Following the Root of the Tree of Knowledge A Logical Rebuttal to Pelagianism and self justification
because of self idolatry: The Human brain's development with the 100 billion neurons of the brain that make up
the individual and autonomous self.

The Fabric of Time

See this fascinating film documentary on the Shroud of Turin. 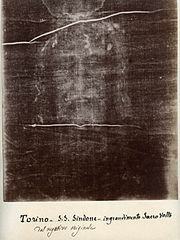 As they looked, Jesus was transformed before them;
for His Face shined as the sun and His garments was as white as the light.
(See Matthew 17 verse 1 thru 3.)

Books and Writings Transcribed on this web site

The Book of Wisdom KJV

The Wisdom of Sirach KJV  Also known as "Ecclesiasticus"

Didache   Also known as "The Teaching of the Twelve Apostles". Author anonymous. An early church document that most scholars now assign to the first century.

Augustine's Exegesis of the Rock of Matthew 16:18 - Augustinian Excerpts Compiled by William Webster.
A study compendium of the writings of Aurelius Augustinus, known as Augustine, Bishop of Hippo.
Augustine gives his opinion of Who the Rock of Matthew 16 verse 18 is referring to, which is none other than Jesus
the Christ of God and not Peter.

A Treatise on Grace and Free Will.  Extract from Augustine's "Retractations," Book 2 Chap. 66,

Institutes of the Christian Religion By John Calvin - Book 4 chapter 17 on the Eucharist.
Most evangelical protestant pastors and teachers have apparently not read Calvin's treatise on
Communion and leave the whole of the wonderful mystery as purely symbolic.  A person is
wrong to follow uninformed teachers, and our suggestion is that the reader investigate for themselves
those things that Calvin may have correct and those that are in error.  Published in Latin in 1536.

The Temple: Its Ministries and Service by Alfred Edersheim (1825-1889)

Lutheran - Roman Catholic Joint Declaration of the Doctrine of Justification

The Imitation of Christ - Thomas a' Kempis

Heidelberg Catechism   Textually in Full accord, with An Examination of the Reformed Churches Theology.

The Right to Heresy  ** By Stefan Zweig  "HOW JOHN CALVIN KILLED A CONSCIENCE" The murder of Michael Servetus by John Calvin.

The Four Gospels chronologically ordered A supposed work by Richard Worth of combining the Gospel
scriptures into chronological order, apparently very similar to the harmony of the Diatessaron. The
Diatessaron was an early compilation of the four Gospels in harmony of time, written by Titianus a
round 170-175 AD.  I recommend reading  the "Last Supper "to have a better understanding of the
order of events at the Lord's Passover table.  The golden link is an excerpt taken from Mr. Worth's
chronological rendering of the Gospels.

Bible Gateway  A searchable online Bible Compendium with over 100 versions and more than 50 languages.

Matthew Henry's Commentaries Before Matthew Henry died he was able to complete his commentaries from Genesis of the Word of God through to the end of Acts.  After Acts, the rest of the commentaries were completed by other unnamed authors.

St John of the Cross  Writings on ccel.org

The Works of Josephus  By Sacred Texts

For all inquiries or comments please click on the email address below.  We would very much appreciate hearing from you.