The warning dreams of 1999 have not changed, but the internet description was reviewed on July 7, 2015 and modified to more appropriately accommodate the significance of the dreams continuing relevancy for today.

The year is 1999 and the month is March.   In sleep, I have entered a dream, where I step out of a home that is set by a sea of water.  Standing on the stoop, I saw that this particular day was completely overcast.  Turning toward the sea and looking to the eastern horizon I saw small dark clouds moving from right to left at a remarkably fast pace, perhaps 400 or 500 miles an hour.  I vaguely remember seeing and counting at least four of them, but cannot recollect the total number of storm clouds being revealed to me. I curiously looked around the corner of the house to see where the dark clouds were coming from.  To my great surprise, I saw unmistakably a huge hurricane sitting out there in the still water underneath the grey overcast.  At that time, I did not see any other singular clouds in my field of vision, but knew that the fast moving clouds came from the gigantic whirlwind. In the dream I’m very troubled because I can see the huge and violent storm is close at hand and I had no knowledge of its coming. This would leave me with so little time to prepare my family for its onslaught.  The television, radio and prior newspapers had not forecast the storms impending arrival.  As I surveyed the surroundings, I saw to my left a newspaper lying in the sand approximately 30 feet from me and just before the incoming tide.  Before I could run to see what the newspaper might have said about the storm, the tide stealthily pressed on and moved over the paper concealing any possibilities of news concerning this dangerous hurricane.  Interestingly, there were no great waves created by this whirlwind, as one might have suspected.   It was just as if the tide was moving in very rapidly without a ripple.  As I turned to reenter the house to warn and prepare my family, I ran into my natural brother, whose name is Michael (The name Michael means who is like god).

When I awoke I understood that judgment was coming from the Lord, but I did not have exact knowledge of the time or how His judgment would come.  The news media, quite naturally would not have any foreknowledge of the spiritual whirlwind of ongoing destruction that I perceived was to take place.  As for myself, in that year I had been taking precautions at home for Y2K and the potential for massive computer failures with the lights going out and a major disruption in the monetary system.

In another dream in the first week of December 1999, I was driving a car in the darkness of night through a large city.  Immediately, I looked out of the driver side window and saw tornados tearing through high-rise buildings.  There were two buildings in the foreground with each having a whirlwind tearing through its upper levels.  First one building then the other. In the background there was continued destruction from other tornados.  In spite of my fears for Y2K, the electrical lights of the now decapitated buildings were still present and also the electric lights remained on throughout the entire city.  I continued to drive from the scene and came upon people walking and trying to go into the city proper.  I tried to warn them of the disaster and the additional storms of destruction that would come upon this city.  I continued to drive and found myself outside the city and parked my car in a field.  I got out of the car and had walked unto a dirt road.   I looked back through the darkness to where I knew the city to be located.  In the dark horizon, there now was no visible light coming from that great city.  My eyes turned to my left and I saw a large rock set by the dirt road.  Intuitively, I knew that this rock would be a safe haven when the storms returned and I knew there were more horrific storms to come.  I then looked to my right and I saw rubble from other buildings that were outside of that great city, as if other storms had already arrived and had brought forth their destruction.  For a moment, my attention was diverted from the ROCK as I thought about the possibility of hiding in the rubble of these fallen buildings.  I quickly concluded there was no foundation to support the rubble and if a person tried to hide within them that when the continuing storms arrived again as they would, they would force the rubble to fall on its victims.  Again I turned back to the ROCK, but before I could move toward its safety, a dark twister came before me and totally obscured my view of the ROCK.  I remember seeing the whirlwind, like a giant corkscrew tearing into the earth and throwing the dust up into the air becoming one dark cloud.  My mind was completely diverted from the ROCK, as I did an about face looking past the rubble that was on my right hand, as I continued to turn thinking to move to the field where I had left my car.  Immediately I faced a ten or twelve foot fence with barbed wire across the top.  With my hands and one foot upon the fence, I knew It was impossible to scale the fence fast enough to get out of the way of this whirlwind.  As I awoke, I knew that I was to be a held prisoner to the coming future judgmental events. 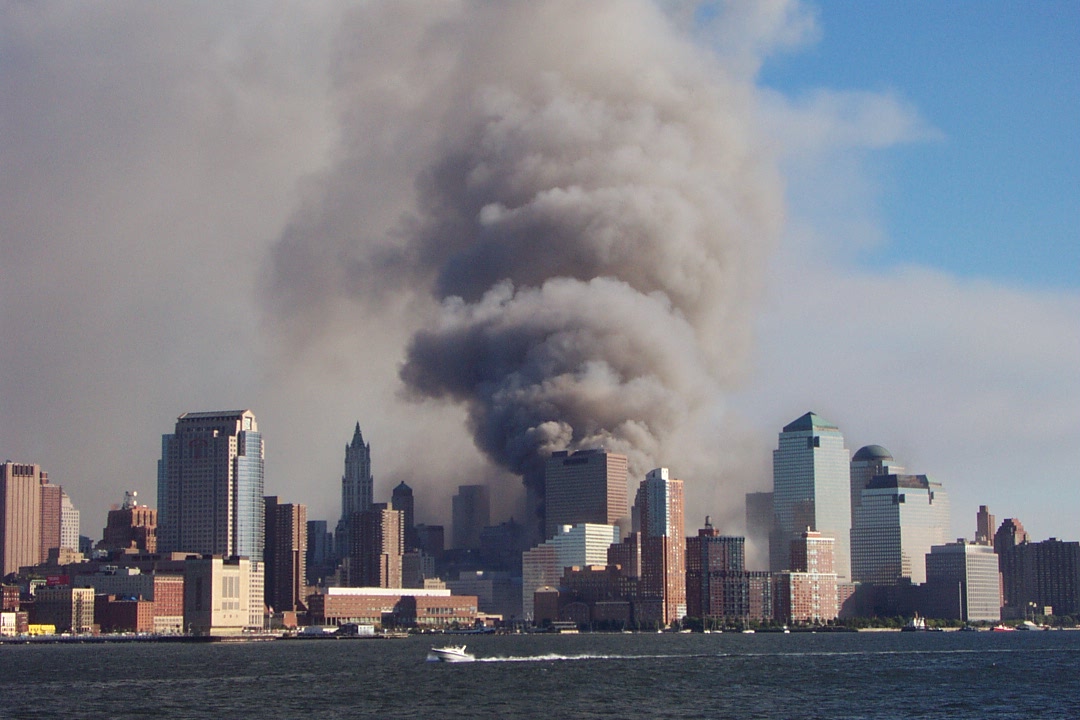 After seeing this particular dream, combined with the other in March of 1999, It seemed to confirm my original thoughts for a coming potential economic disaster because of the computer programming glitch of changing from the year 1999 to the year 2000, and I continued with my preparations for it.  We installed solar electric panels combined with a forklift battery and a backup generator powered by propane.  Our water supple came from a well and and the water was heated by a solar hot water panel.  Finally we had a stash of food to supply us for about a year.  Y2K came and went without a whimper.

If God gives a dream or vision then the dreams and thoughts they engender are subjective and are subject to the spiritual interpretation and understanding of godly men and women.  The full outcome of God given dreams and vision may not be known until a total future fulfillment.  In outline below is what I can now see and understand.  In hindsight, some thoughts may be obvious or you may come to some other conclusions.  Nevertheless-----

Behold, the whirlwind of the LORD goes forth with fury, a continuing whirlwind: it shall fall with pain upon the head of the wicked. The fierce anger of the LORD shall not return, until he hath done it, and until He has performed the intents of His heart: in the latter days ye shall consider it. (Jeremiah 30:23-24.)

The Almighty God of creation is the God of the Living.  He is not the god of the dead, or of those who perpetuate the violence of sin and death. While God is the creator of all flesh, the only true Holy God of light and love is not the God of the Islamic religion.  This religion is born out of the spirit of deception and continues to proselytizes through violence!  Because of the defiled nature of its initial author, the religious spirit of anti-Christ, the Islamic religion is one of violence and does not know the way of peace.

Unfortunately, Christianity, with its many divisive sects of superiority, has become entangled in the vain philosophy of the same spirit of anti-Christ that divides and conquers with its appeals to the mind of flesh. The many, who are called in Christ Jesus, have not followed after the Lord Jesus Christ with a full and clean heart. There is only one Way to God and that Way is through the Lord Jesus Christ, Who is our Peace and brings us into the Love of God the Father.  The Lord Jesus Christ, Who is the WAY and the TRUTH and the LIFE of men, has made possible the only WAY to the only Holy, Holy, Holy Lord God Almighty, through His Blood, making potential peace for all men who have faith in the only WAY.  All other lying overtures towards God are rejected and eventually return with full fury from the face of the Holy God of justice.  In the end, the Lord God Almighty will use man’s violence to repay man’s violence.

And then He said, “Take heed that ye be not deceived: for many shall come in  my name, saying, I am Christ: and the time draweth near: go ye not therefore after them.  But when ye shall hear of wars and commotions, be not terrified: for these things must first, come to pass; but the end is not just yet”. (Luke 21:8-9.)

Then said He unto them, “Nation shall rise against nation, and kingdom against kingdom:  And great earthquakes shall be in various places, and famines, and pestilences; and fearful sights and great signs shall there be from heaven”. (Luke 21:10-11.)

“And there shall be signs in the sun, and in the moon, and in the stars; and upon the earth distress of nations, with perplexity; the sea and waves roaring; Men’s hearts failing them for fear, and for looking after those things which are coming on the earth:  For the powers of heaven shall be shaken”. (Luke 21:25.)

In the rubble of the twin towers this cross was standing. 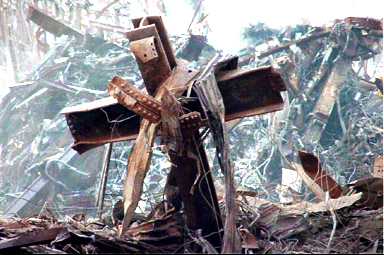 Please click on the following text and view the video.

I am your brother in Jesus Christ.